We are committed to corporate social responsibility (CSR). We believe in our wider responsibilities to the communities in which we live and work and to the environment around us.

We aim to have a positive impact through our CSR activity:

LMForums and The London Market raises raises £2,430.63 for the Rainbow Trust

Every year, LMForums selects a charity to be involved with and benefit from their biggest event, the Market People Awards. In 2019, LMForums selected the incredible Rainbow Trust, supporting families with a seriously ill child.

The 2019 Market People Awards were a huge success and as usual, those attending were most generous in supporting the Grand Prize Draw. By the end of the evening £2,430.63 had been raised for the charity, which is enough to provide over 70 hours of support to families with sick children.

Roger Oldham, Founder of LMForums commented “we are truly delighted and proud to have raised so much for this amazing charity. The generosity of London Market is well known and they certainly showed it on the night of the Awards. Amazing!”

Jamie Davis of the Rainbow Trust said "It's been so great seeing so many people from the insurance industry being really supportive of Rainbow Trust. Being the beneficiary charity of the Market People Awards will help us provide 79 hours of practical and emotional support for families with seriously ill children."

If you would like to attend or support the Market People Awards in 2020, do get in touch at info@lmforums.com

LMForums and The London Market raises £10,000 in 2017 for Haven House Children's Hospice

2017 was a year of growth and evolution for LMForums, with a number of new styled events, including a mid year Charity Fashion Gala, which was not only a lot of fun but raised over £8,000 for our charity of the year, Haven House Children’s Hospice. This was thanks to the amazing generosity of the London Market professionals who attended this spectacular event at the incredible Banking Hall opposite the Bank of England. Through a mixture of a Grand Prize Draw and a Charity Auction the funds came flooding in that night and all monies went straight to this truly remarkable charity. During the evening one of the parents who’d benefited from the support from the hospice when their child had passed away, gave an emotional speech, recounting his experience of the support he and his wife had received.

A few weeks later, we went to visit the charity at the hospice, on the borders of London and Essex, in its amazing woodland setting. It was a visit that none of us will forget. The work undertaken at the hospice and the care given is beyond words and we were both moved moved and filled with admiration at the same time. In December 2017 at the 2nd Market People Awards our friends from Haven House returned and through another prize packed Draw, we raised almost £2,000. LMForums would like to thank all of our members, friends and business associates for their kind generosity during 2017 which helped in raising £10,000 for an incredible charity. Thank you to all the staff from Haven House who came to our events to promote their charity and assist in the running of our two big social gatherings.

We would encourage any London Market firms looking to support a charity as part of the CSR activities to reach out to Haven House - their work and dedication to the cause is remarkable. It’s their 15th Birthday this year and they are going through a big modernisation programme.

LMForums charity for 2018 is Kids Inspire - an Essex based children’s charity assisting vunerable young people and their families.

Roger is committed to helping young people in the community achieve their potential in his role as Company Secretary of North London based charity, Skills for Life.

The Charity works with local and national Government and with the community to equip young people with the skills necessary to secure employment in today’s tough marketplace. Roger is pictured with founder Vijay Sujan, who he initially met when they were both London Ambassadors at the 2012 Olympic Games. 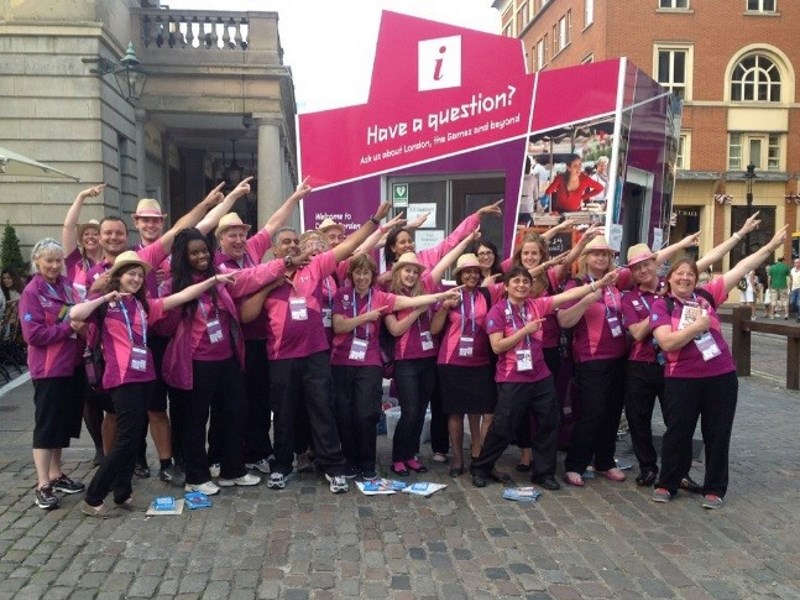 Roger was appointed a London Ambassador for the London 2012 Olympics and Paralympic Games. Acted as the face of London providing assistance and guidance to athletes, visitors and dignities from across the World. Undertook extensive training, team building and achieved a Diploma in Tourism plus Heartstart Certification from The London Ambulance Service 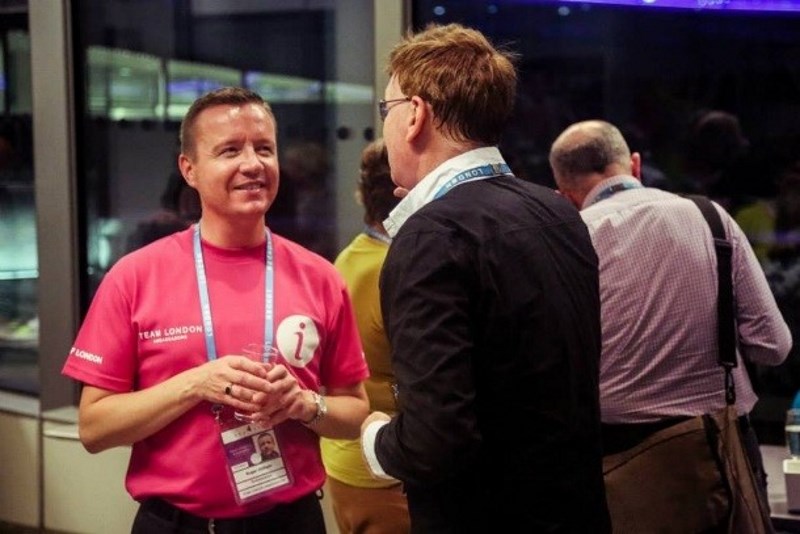 Following on from the work at London 2012, Roger continues to act as a London Ambassador. 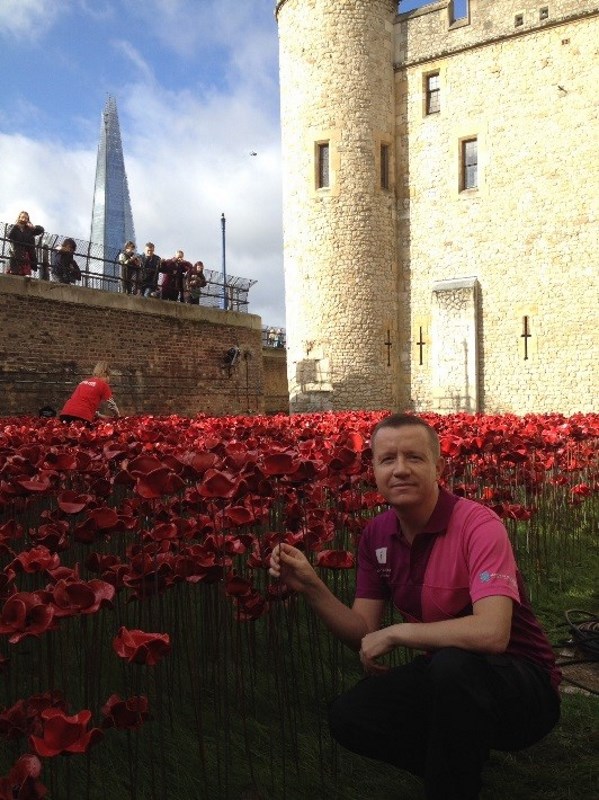 Pictured (left) planting poppies in the moat of the Tower of London as part of the First Word War commemoration. September 2014 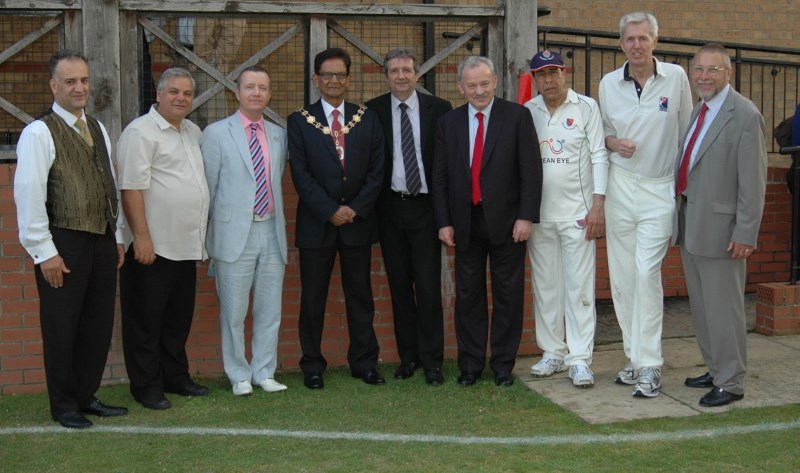 Skills For Life - Making A Difference is a London based Community Action Group created to equip people between the ages of 16-24 with the appropriate life skills necessary to enable them to attain employment. The operating model involves experienced adults mentoring the users of the service, helping them develop their inter social skills and confidence, which should make them stand out from others when it comes to job interviews and ongoing employment. We are always looking for volunteers to support this worthwhile cause. Our group is supported by the three local MPs, Barclays Bank and other sponsors.

Roger is pictured (left) with other members involved with this charity. 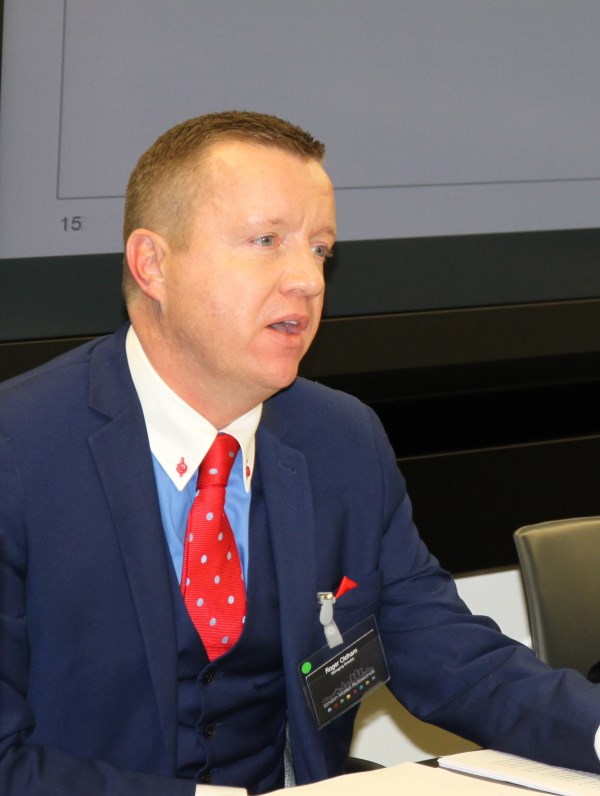 Guest Lecturer on the City of London and Lloyd's and the London Insurance Market. Provision of mentoring services to undergraduates and guided tour of the Square Mile. Facilitation of introductions to London Market companies.