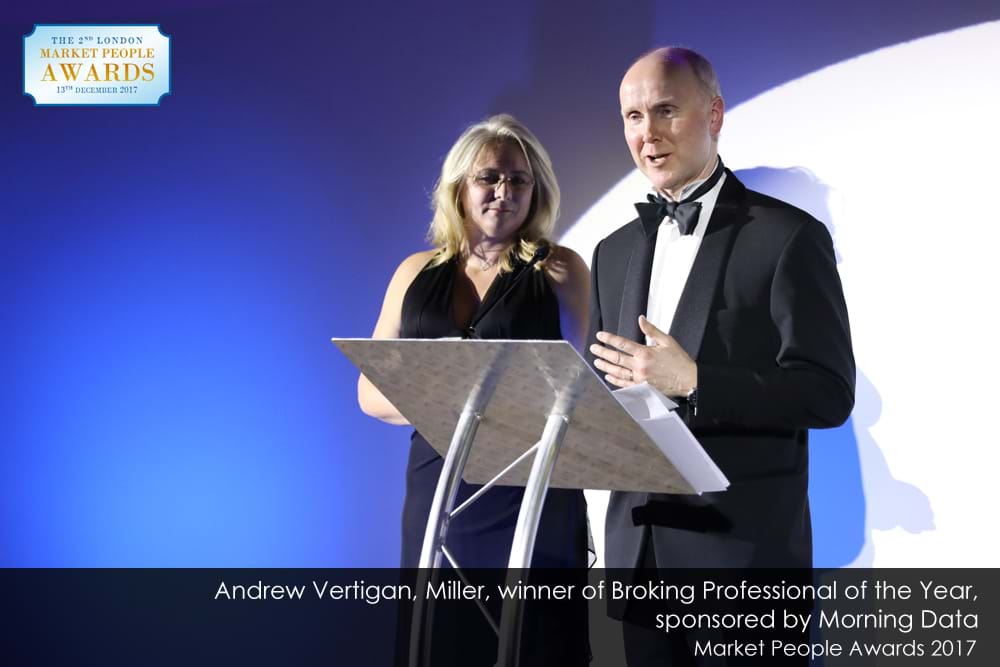 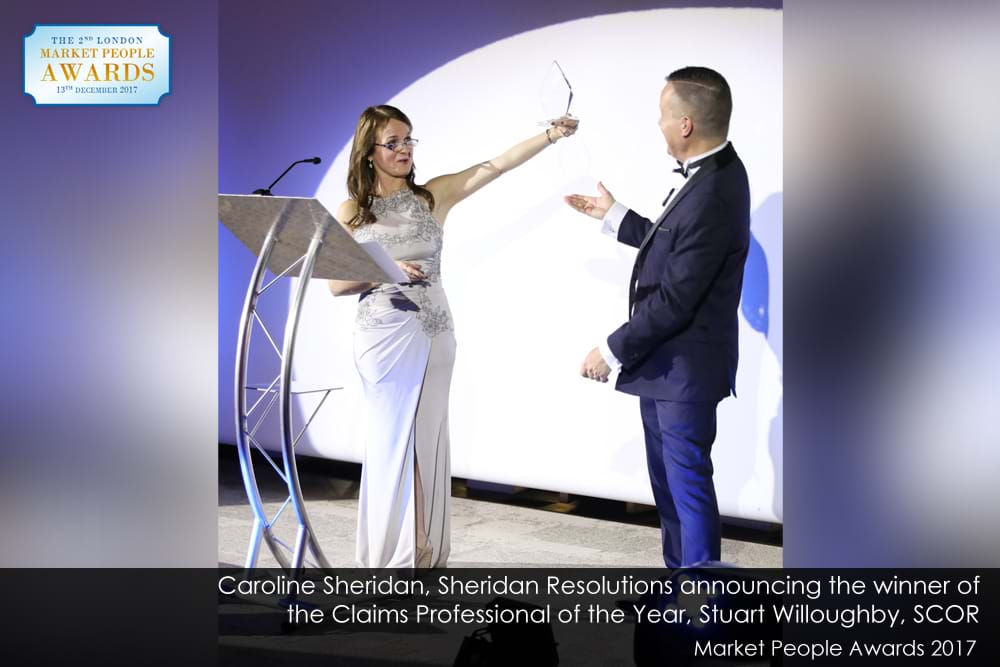 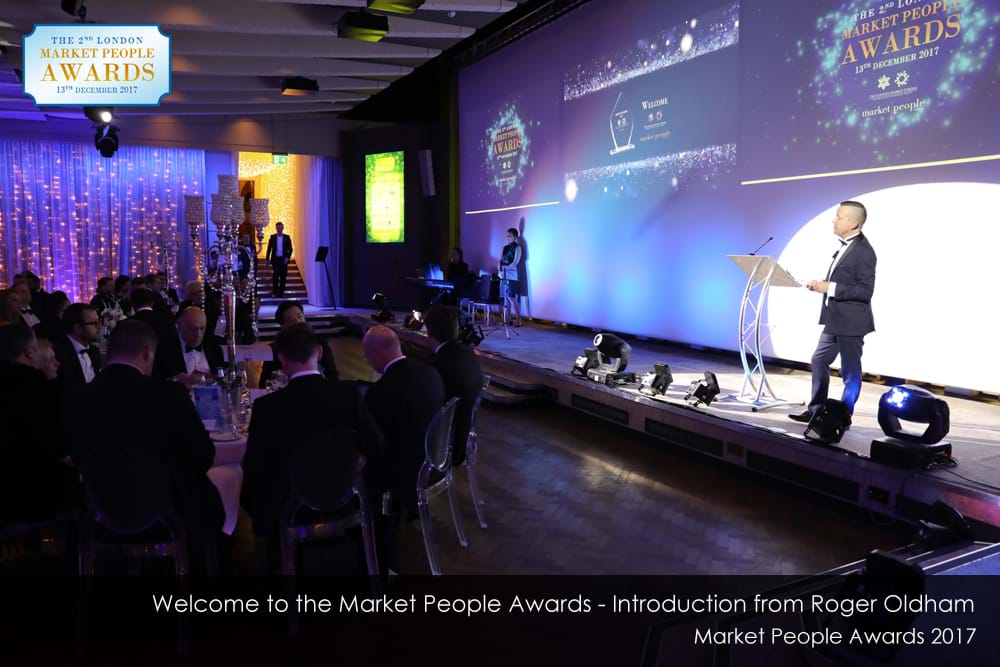 Professionals from across the Lloyd’s and London Insurance Market gathered at the magnificent One Moorgate Place on Wednesday 13th December 2017 for the 2nd annual Market People Awards, produced by London Market Forums, in association with Market People Magazine. The event celebrates those who make a special or outstanding contribution to their team, business or the London Insurance Market as a whole.

13 incredibly talented and highly worthy recipients picked up an award at the glamorous event, ranging from those at the beginning of their career in insurance, such as Conor Husbands from Hiscox, through to the CEO of Aon UK, Dominic Christian, who received the Lifetime Achievement Award.

The event, commonly known as the “friendly awards”, is a great showcase for talent and commitment in the insurance industry, with people being rewarded, who ordinarily wouldn’t receive any form of public recognition for their efforts.

Guests enjoyed an amazing drinks reception, live music, entertainers, a silver service dinner and the Awards Ceremony itself, which was followed by a prize draw with funds going directly to Haven House Children’s Hospice, the annual charity of LMForums.